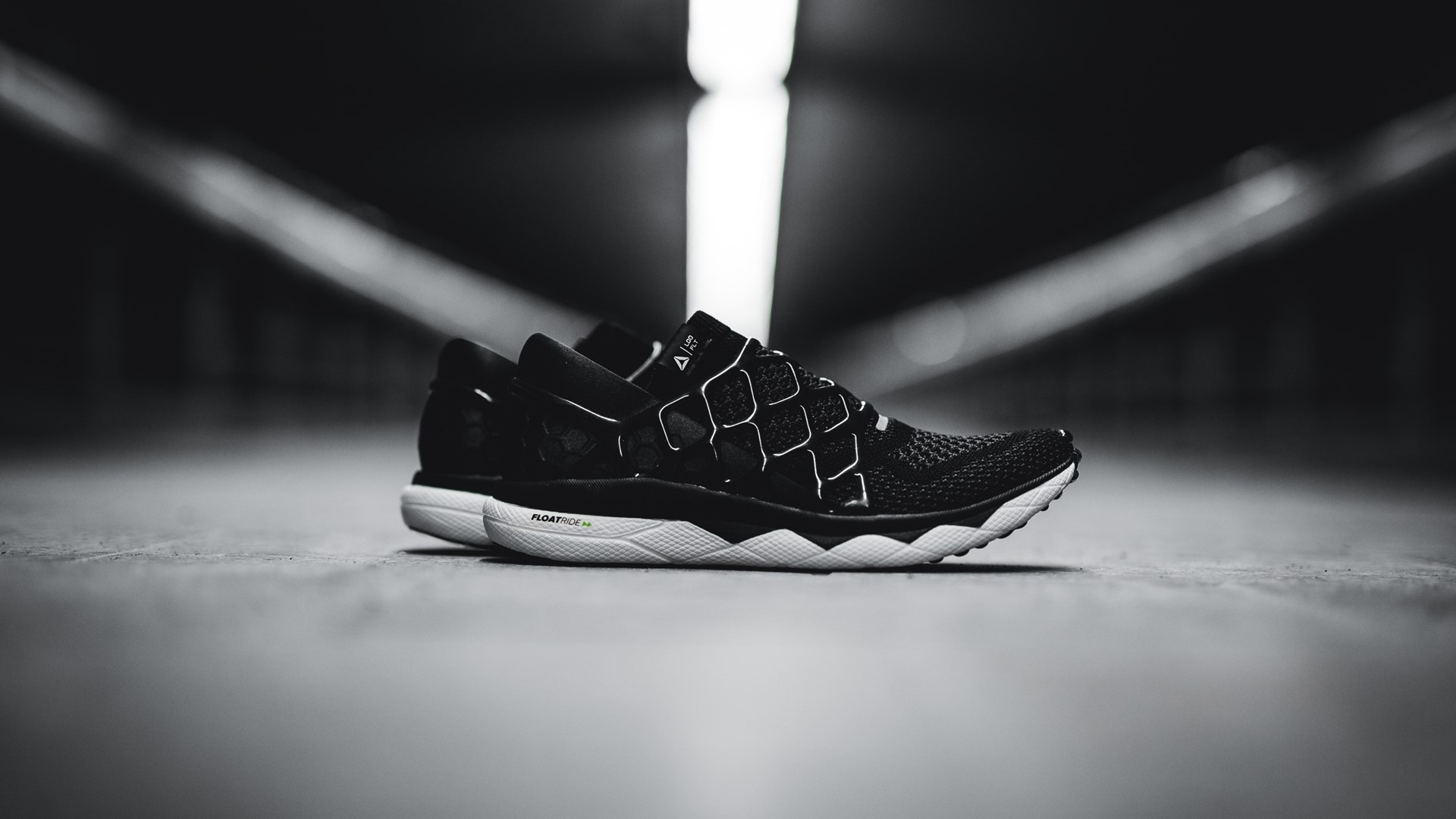 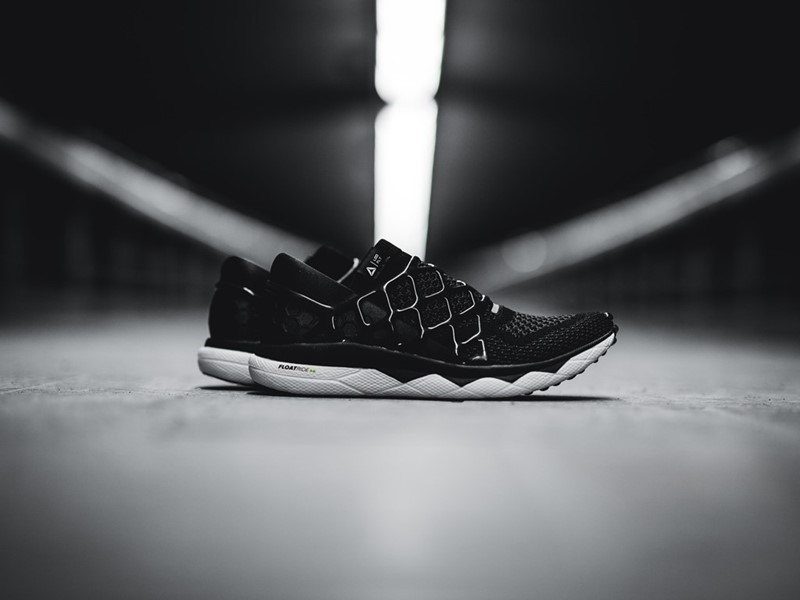 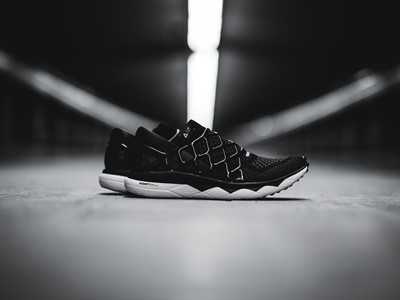 LIMITED EDITION LIQUID FLOATRIDE RUN CREATED WITH BRAND’S PROPRIETARY LIQUID FACTORY PROCESS
BOSTON, Mass. – March 21, 2018 – Today global fitness brand Reebok introduces Liquid Floatride Run, a performance running shoe that applies Reebok’s ground-breaking Liquid Factory technology to its award-winning Floatride Run sneaker.
This is the first application of the Liquid Factory technique on an existing Reebok model. The Liquid Factory process makes the shoe 20 percent lighter than the original Floatride run and adds two new component features: liquid lace and liquid grip.
Liquid lace replaces conventional laces to create a stretch-to-fit slip-on. A thin liquidweb is drawn by the Liquid Factory process that stretches across the top of the shoe in place of laces. The liquid lace turns the shoe into an easy-on, easy-off slip-on while still holding the foot in place.
Liquid grip replaces the rubber outsole seen in typical footwear, with a liquid version drawn in stripes across the bottom of the shoe. A rubber outsole is the heaviest component of a shoe, so replacing it with liquid -  only where needed - cuts the weight of the shoe dramatically. Shoe testers noticed that the liquid grip provides increased traction versus a typical shoe.
The Liquid Floatride Run incorporates the same proprietary Floatride cushioning midsole as the original Floatride Run, which was awarded Best Debut from Runner’s World in 2017.
The limited-edition Liquid Floatride Run will be available on March 21 at Reebok.com
“Last year we launched the Liquid Factory concept with the Liquid Speed shoe. It was definitely a striking silhouette, as we aimed to showcase the way that the 3D drawing process could change the way shoes are made,” said Bill McInnis, Head of Reebok Future. “What we’re excited to highlight with Liquid Floatride is how we can apply the Liquid Factory process to any of our existing products, to make great shoes even better.”
In addition, Reebok is also releasing images of additional conceptual footwear that utilize the Liquid Factory process to showcase the breadth and future potential of the technique.
“The next generation of Liquid Factory products will be even more innovative, as we can create the entire shoe using the Liquid Factory process – outsole, cushioning and upper fit systems – the whole shoe. We are looking forward to bringing many more products to market that incorporate the ground-breaking Liquid Factory process.”
The Reebok Liquid Factory concept debuted in late 2016. The innovative manufacturing technique uses an all new digital process with state-of-the-art software, robotics and materials. It’s based on 3D Drawing, where a proprietary liquid material, created for Reebok by BASF, is used to draw shoe componentry cleanly, precisely and in three-dimensional layers. This proprietary layering technique is used to create totally unique footwear, without the use of traditional molds, allowing Reebok to design and manufacture a high performance athletic shoe far faster and more efficiently than ever before.,
For more information please visit www.reebok.com and http://news.reebok.com/global