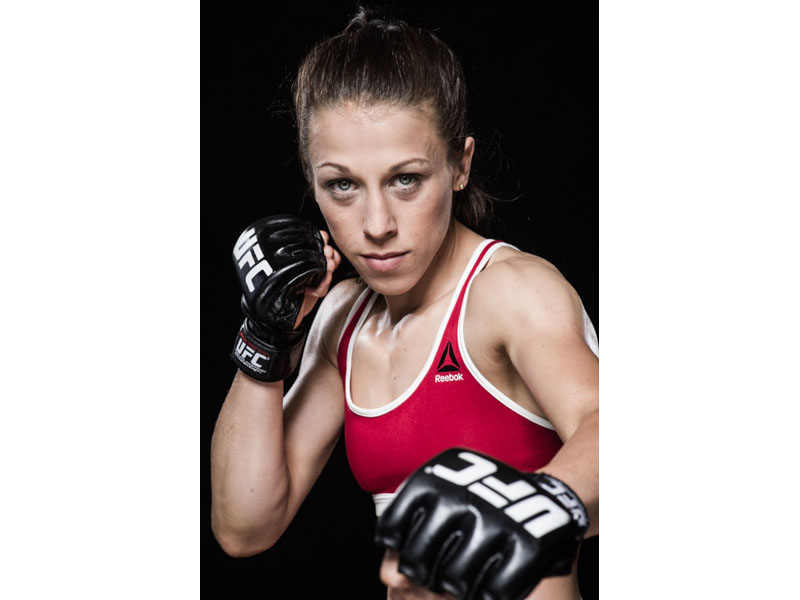 Warsaw, 24th June 2015, Reebok today announced its partnership with Joanna Jędrzejczyk, fresh off her defense of the UFC women’s strawweight championship. One of the most talented Polish mixed martial arts (MMA) athletes, Jędrzejczyk is the first Polish woman in UFC, the premiere MMA organization in the world. First claiming the UFC women’s strawweight championship by defeating Carla Esparza in March, 2015, she defended her title by defeating Jessica Penne at UFC Fight Night Berlin on June 20.

Characterized by her courage, determination and belief that her potential is limitless, Jędrzejczyk has risen quickly to UFC champion. With her background in Muay Thai and known for her striking abilities, Jędrzejczyk demonstrates her depth of skill by continuously rediscovering her strengths during every fight.

"Reebok has consistently shown that fitness is truly demanding,” Jędrzejczyk said. “I am pleased that together we can inspire women in Poland to train as fighters. I believe a training plan that involves MMA techniques is a sure way to being fit."

Grounded by the shared belief that through tough fitness, people can become the best versions of themselves physically, mentally and socially, Reebok and Jędrzejczyk will team together to help demonstrate the benefits of MMA to women in Poland and around the world. Reebok will support Jędrzejczyk in her further achievements in the UFC Octagon, just like it supports UFC women’s bantamweight champion Ronda Rousey, who, as the first woman with a UFC contract, paved the way for Jędrzejczyk’s career.

In December, Reebok and UFC announced a long-term deal, where Reebok will become the exclusive authentic global outfitter of UFC, creating for the first time ever UFC Fight Week gear and a Fight Kit for all UFC athletes. Jędrzejczyk will work closely with Reebok to launch this gear, as well as a new collection of footwear and apparel specifically created for the more than 35 million people around the world who participate in combat training to stay fit.