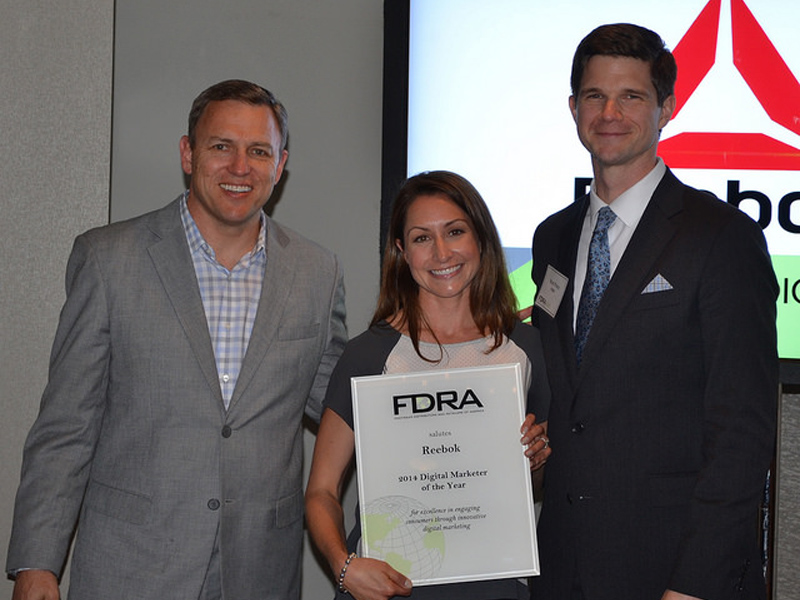 Over 150 executives from leading footwear companies attended FDRA's Footwear Innovation Summit in Washington, DC on May 7th. The summit focused on innovations and technologies changing how the footwear industry designs, produces, ships, and sells footwear to consumers all over the globe.  The night before the summit, FDRA handed out its annual awards to those companies and individuals that have excelled in sales, advocacy and service.

"I want to congratulate Foot Locker and Famous Footwear for earning FDRA's 2014 Sales Survey Awards.  It really is a fierce competition amongst the industry's leading companies for this honor, so it is a great accomplishment for these two industry leaders," said FDRA President Matt Priest. "We recognized Quinn O'Rourke of LaCrosse, Clay Jenkins of Brown Shoe Company and NIKE's entire government relations team for their efforts to make our industry stronger. Reebok was also recognized for their efforts to connect with consumers through innovative digital marketing.”

Reebok’s Human Dispatch Service asked people to Tweet using the hashtag #ReebokHDS. Brand new Reebok ZJet shoes were then delivered direct to the consumer by a team of runners.