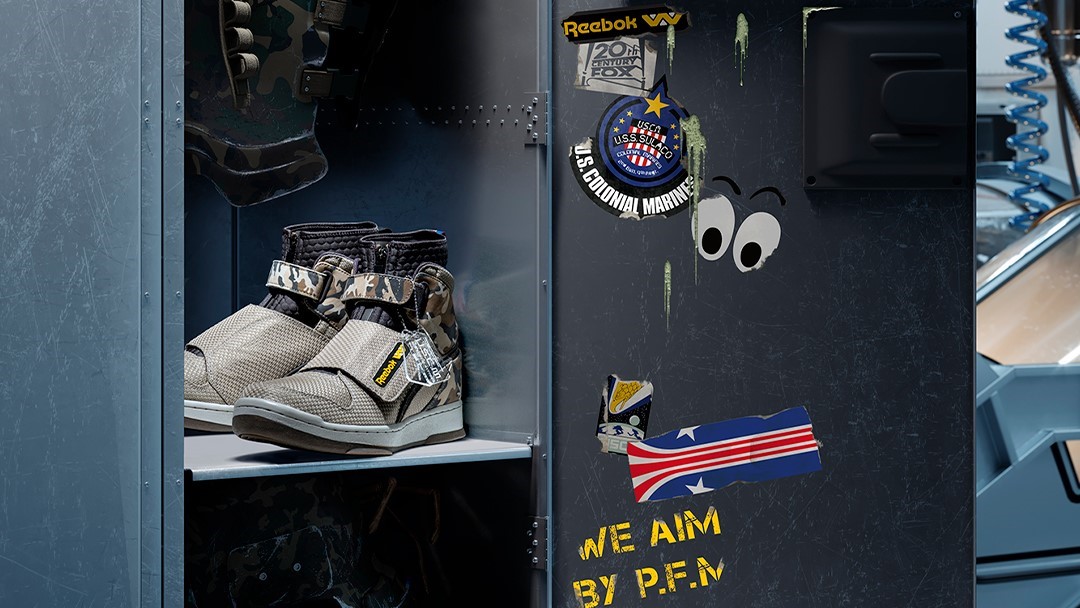 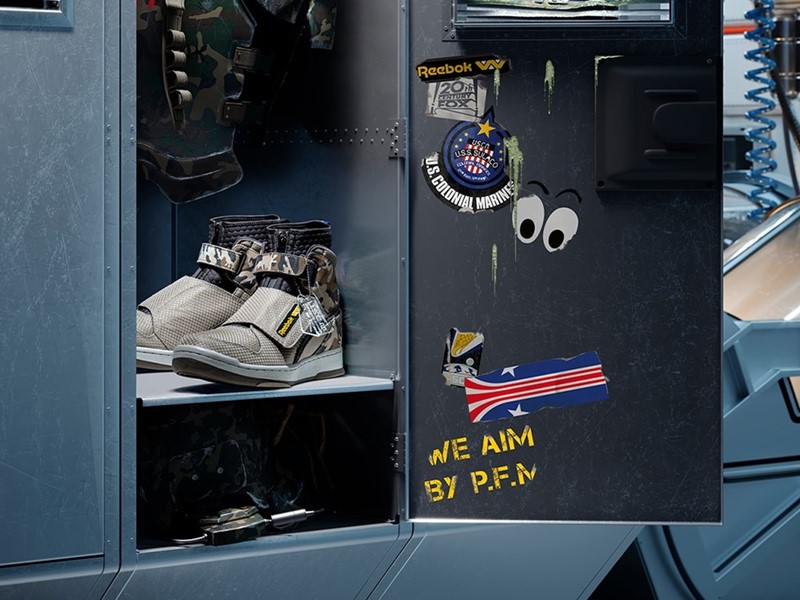 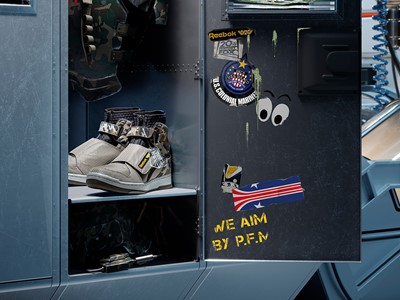 Boston, MA – April 17, 2020 – Inspired by Aliens (1986), the second film in the cult-classic franchise by 20th Century Studios, Reebok is releasing an all-new Alien Stomper just in time for Alien Day, on April 26. The new iteration, dubbed the Alien U.S.C.M. Bug Stomper, will be the fourth and final installment of the iconic Reebok and Alien collaboration. Directly inspired by the United States Colonial Marines (U.S.C.M.) and Aliens’ protagonist PFC William Hudson, the silhouette takes its name from Bug Stomper, the Marines’ primary dropship within the film.

Arriving in a military camouflage, tan and grey colorway with an asymmetric graphic execution and contrasting yellow and black hits throughout, the unisex U.S.C.M. Bug Stomper is packed with realistic touches and Easter eggs for die-hard Aliens fans. Overshadowing a laundry list of meticulous design details that only buyers will enjoy, the sneaker features an array of notable and noticeable graphics and materials inspired by U.S.C.M. dropships and uniforms from the 1986 film:

“We took the same deep dive approach as past releases, re-watching the film countless times and taking a trip to L.A. to examine some historic props from the movie itself to make sure we got it exactly right,” said Chris Hill, Sr. Design Manager of Pop Culture and Streetwear Collaborations at Reebok. “Every single detail on the sneaker has been designed with authenticity in mind, down to the numerous one-to-one graphic reproductions, which definitely makes this a grail item for true Alien fans!”

The sneaker will arrive in premium ‘stealth’ packaging, inspired by the dropships in the film. Adorned in black holographic foil, the uniquely designed 3D boxes have each been hand-made and feature a futuristic camo technology print. Reminiscent of Reebok’s first-ever Alien box, the new iteration serves as a cloaking device through its reflective execution. Alongside the sneaker, Reebok will release an apparel capsule collection of graphic t-shirts inspired by the film.

The Reebok Alien U.S.C.M. Bug Stomper ($220) is set to land on earth April 26 and is available for purchase exclusively on Reebok.com.