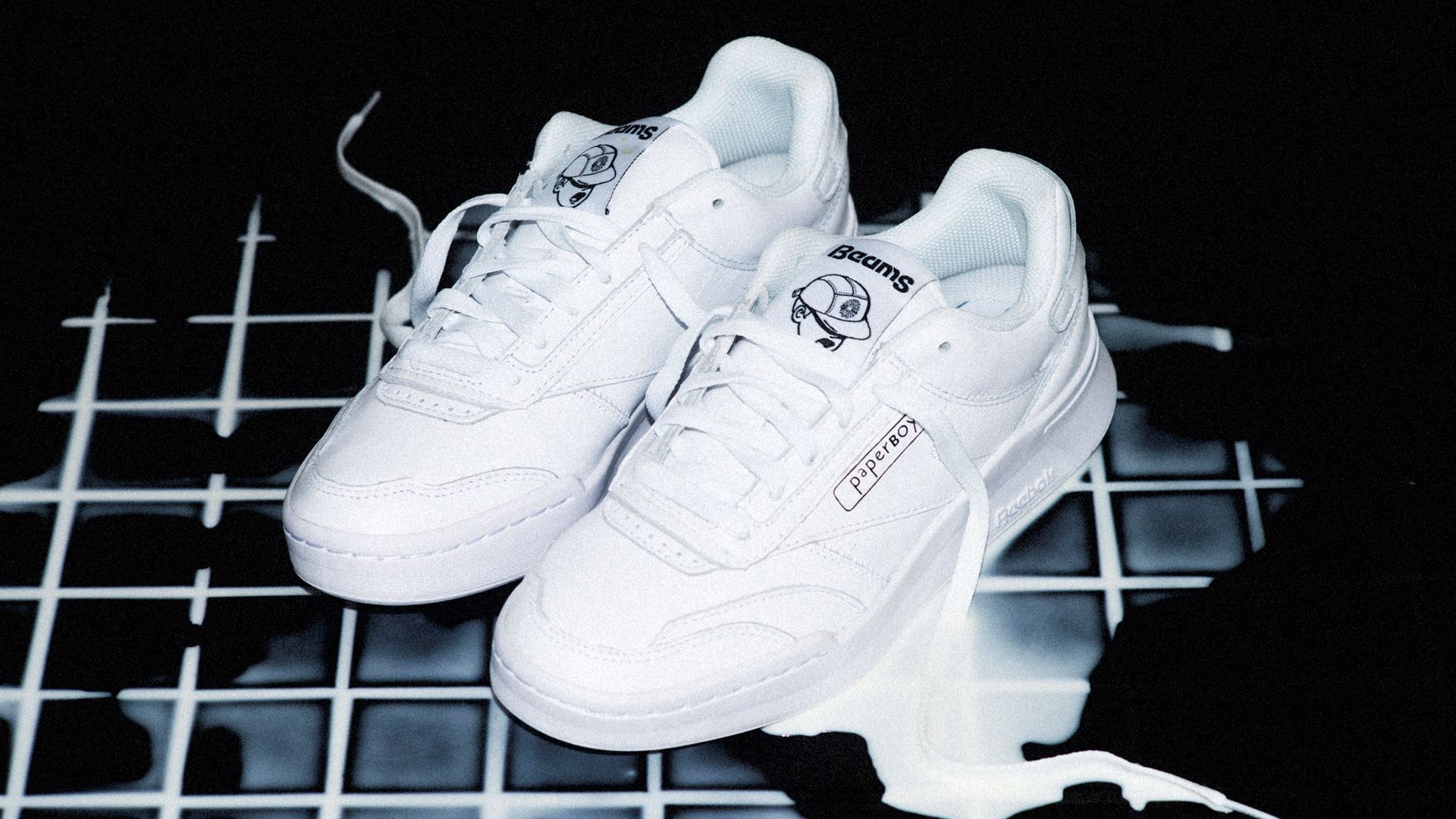 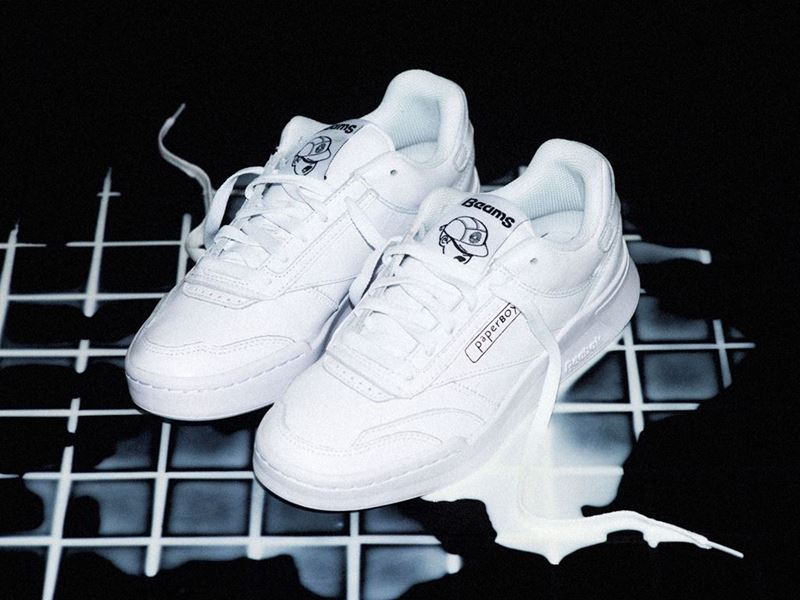 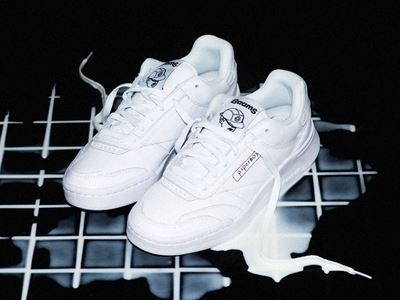 BOSTON, MASS. / OCTOBER 19, 2021 – Today, Reebok, PaperBoy Paris and BEAMS announce their first collective collaboration to reimagine the Club C Legacy and Club C 85. Reebok teamed up with the Japanese fashion retailer and hybrid restaurant-streetwear label to create a fresh take on the Club C silhouettes, inspired by the “milk boy”— a close cousin of the paper boy mascot.

A well-known name in the world of streetwear, PaperBoy Paris is a unique, hybrid brand that also functions as a Parisian café. The brand's cap-wearing mascot print has become extremely recognizable in the streetwear and fashion industries and continues to grow in popularity due to one-of-a-kind, highly anticipated collaborations, including several with fashion retailer, BEAMS.

While Reebok teamed up with BEAMS on the Reebok x BEAMS Club C Laceless Mule earlier this month, this is the first time the brand has worked with PaperBoy Paris, and the first capsule the three brands have designed together.

“Here at PaperBoy, we’re all kids of the ‘90’s and have worn the Club C since our childhood,” said James Dridi, PaperBoy Paris Founder. “It’s a dream come true to have the chance to design new iterations of the Club C silhouettes, especially with BEAMS, our emblematic partner.”

The ultimate goal for the Club C refresh was to keep the branding and look of the silhouettes pure, while subtly connecting the design back to the PaperBoy Paris restaurant, including the ingredients used—such as milk—and the meals cooked.

To design the Club C Legacy, the brands brought together the unique universes of Reebok, BEAMS and PaperBoy Paris in a simple, refined manner for today’s consumer. Comprised of rubber and garment leather in a white and core black colorway, the Club C Legacy ($120; GW2816) seamlessly combines each of the brand’s fonts and logos throughout the shoe, and features restaurant-inspired illustrations on the sock liner to tie back to PaperBoy Paris’ DNA.

PaperBoy Paris is a hybrid brand that is both a streetwear label and a restaurant, functioning in different corporate realms simultaneously. Parisian café PaperBoy Paris has quickly become a popular name in the world of streetwear. With the brand’s cap-wearing mascot print, they have recently teamed up with Japanese Icon label BEAMS for its first collaboration with Reebok. PaperBoy Paris has seen its popularity grow considerably in recent years teaming up with BEAMS and we are proud to present this project focused on the Club C and Club C Legacy for FW21.

The first BEAMS shop opened in February 1976 in a tiny space of only 21.5 square meters (231 square feet) situated subtly inside of a building that later entirely became the current menswear flagship, BEAMS HARAJUKU. A pioneer of lifestyle retailing, BEAMS imported and sold fashion and homeware products displayed to feel like a UCLA student dorm room, and named its shop American Life Shop BEAMS. Within a few years, the company quickly expanded its realm to American east coast and European trends by newly creating the BEAMS F and International Gallery BEAMS stores in 1978 and 1981. In response to growing demand for women’s styles, BEAMS’ first women’s label and store Ray BEAMS was started in 1984. New categories continued to be added, and BEAMS developed numerous labels with dedicated buying and merchandising teams. For every label and store, international and Japanese designer items are supplemented by in-house label products that add variety and depth to the merchandise mix.

In the course of growth, BEAMS earned a reputation for itself in cross-brand collaborations. Buyers often customized designer products to better fit the Japanese physique or to add a special detail to a popular model. In 1997, BEAMS collaborated with Motorola to produce specially designed mobile phones and gadget-compatible apparel. Since this period, collaboration projects rapidly increased, and BEAMS engaged in several notable collaboration projects with authentic international and domestic brands – many of which are featured in the 2017 Rizzoli publication BEAMS: beyond TOKYO.

To this day, BEAMS is a privately-owned company headquartered in Tokyo, Japan. Yo Shitara is the owner and President of BEAMS Co., Ltd. which was founded by his father Etsuzo Shitara. Most of its approx. 150 stores are widely spread across Japan, while its international locations include Taipei, Hong Kong, Beijing and Bangkok.