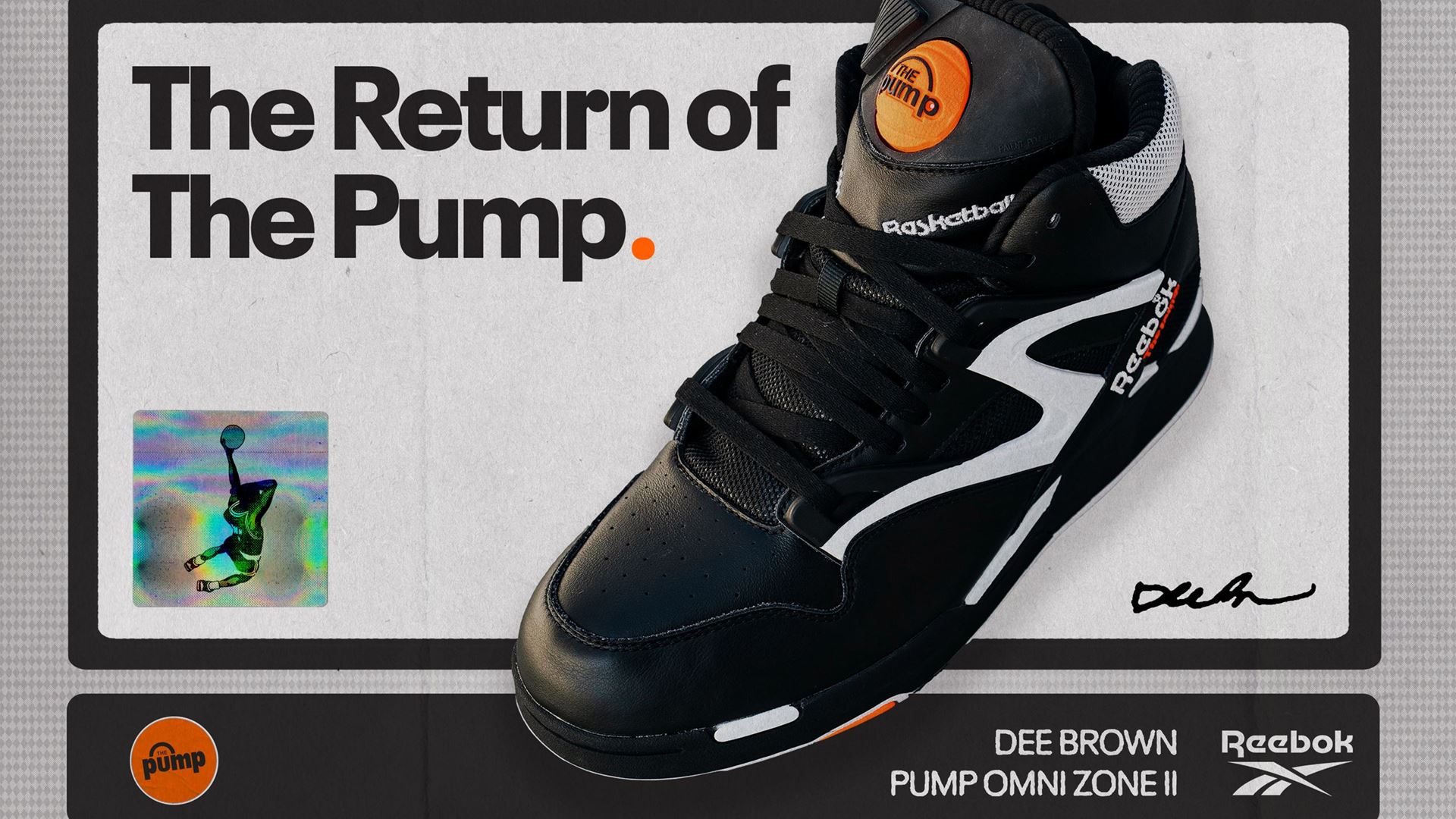 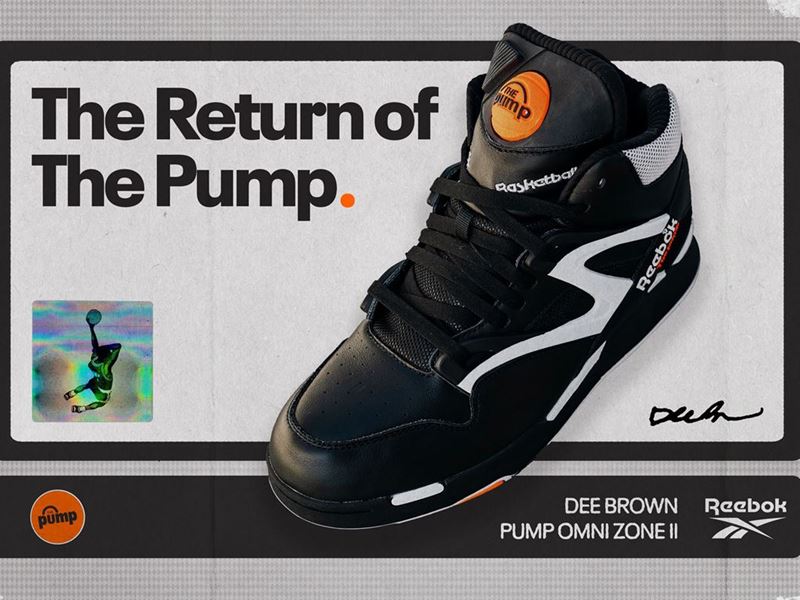 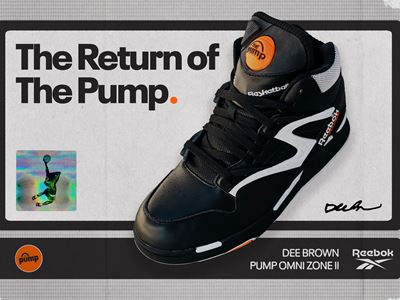 (BOSTON) February 18, 2021 – Today, Reebok has confirmed the official rerelease of its Pump Omni Zone II basketball sneaker notably adorned in ’91 by rookie high-flyer Dee Brown as he soared to a dunk contest title with his iconic “No Look” dunk, effectively catapulting “Pump” into the mainstream. Pump Omni Zone II is available from Foot Locker, Champs Sports and Reebok.com among other select local retailers beginning March 5.

On February 9, 1991, rookie point guard Dee Brown stepped onto the hardwood in front of a buzzing crowd. Approaching half court and sizing up the rim with a ball in hand and the attention of fans all over the world, what he did next would galvanize an industry-wide innovation race that forever changed the trajectory of sneaker history.

“I always planned on pumping them up before my first dunk,” commented the 12-year basketball veteran. “Not only did the “Pump” fit the shoes to my feet, but it was such a cool idea that I wanted to see how the crowd would react when I brought it to life.”

Brown set the ball on the playing surface, reached down with both hands and primed the “Pumps” on his Pump Omni Zone II sneakers, turning his head up to the crowd with a grin as he locked in his custom fit and prepared for takeoff. In that moment, as fans expressed shock and awe throughout the venue and around television sets across the globe, the unprecedented “Pump” technology became a cultural phenomenon. Brown would repeat the act prior to each of his seven dunk tries that night, including his final attempt, a signature “No Look” dunk in which he blindly jammed the ball through the basket with one arm covering his eyes. The dunk solidified Brown as only the second rookie in history (at the time) to win the contest.

Reebok’s “Pump” system was introduced on “The Pump” basketball shoe in the late ‘80s by the “Reebok Advanced Concepts” (RAC) team. Marking the brand’s true foray into basketball, “Pump” technology was the first of its kind, integrating within the shoe an inflatable chamber that enabled wearers to create their own custom fit. With the help of  Dee Brown on that historic night in 1991, “Pump” would propel Reebok to the forefront of an industry-wide technology race as it gained international allure and quickly became the go-to for pro athletes the world over.

30 years later, Reebok is bringing back Pump Omni Zone II for the first time in its true high-cut design worn by Dee Brown. The silhouette is headlined by its highly-recognizable orange dimpled “Pump” button and custom-fit air bladder extending downward from a futuristic rubberized tongue. Seated atop its retro multicolor outsole is the classic black/white/orange layered upper built from the ‘90s blacktop with the game’s physicality in mind. TPU overlays advance the wearer’s quickness, while adding durability and style to the gritty design.

In honor of its enduring nostalgia and functional capabilities, in FW21, Reebok will look to reimagine “Pump” for the next generation.