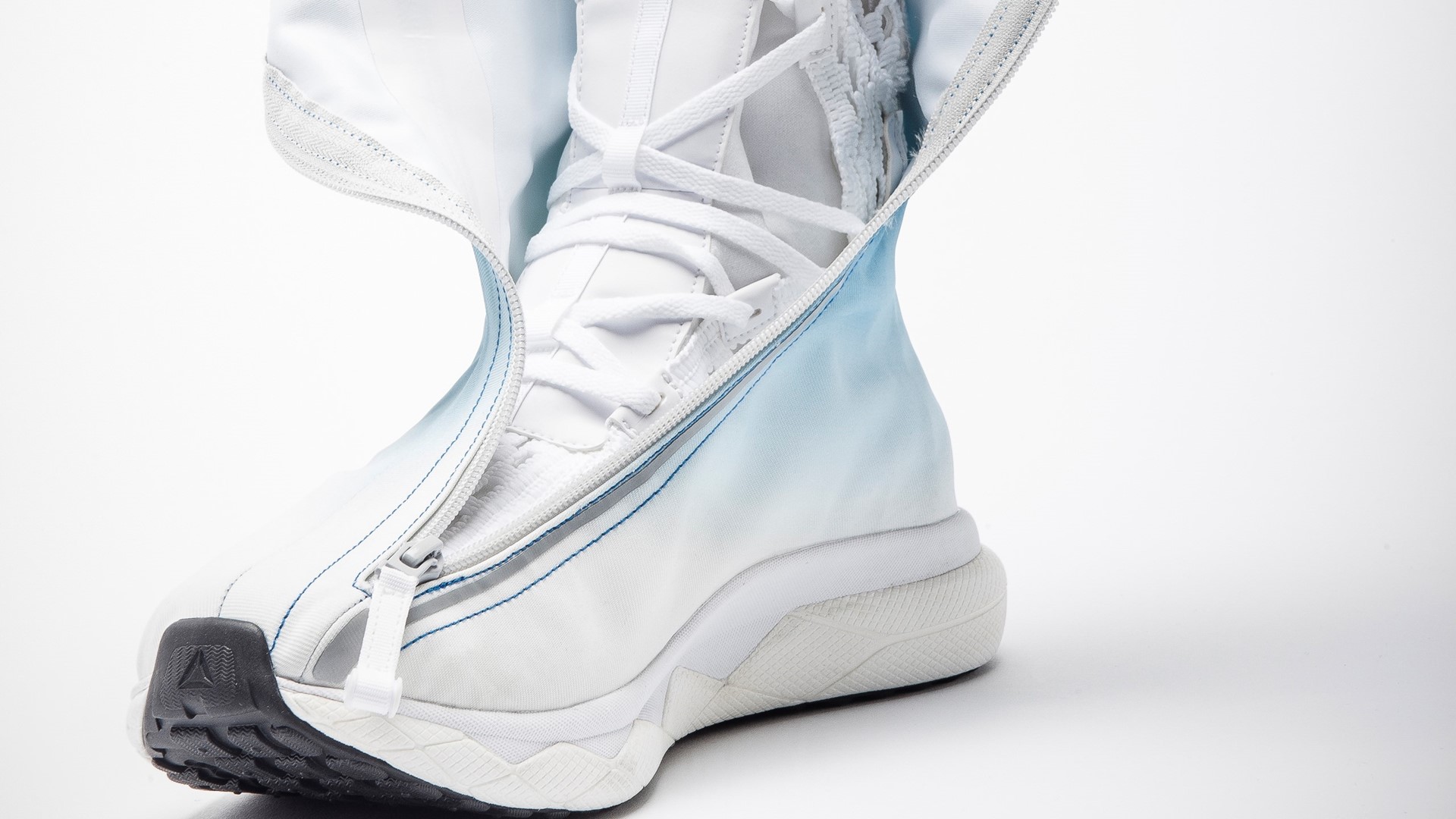 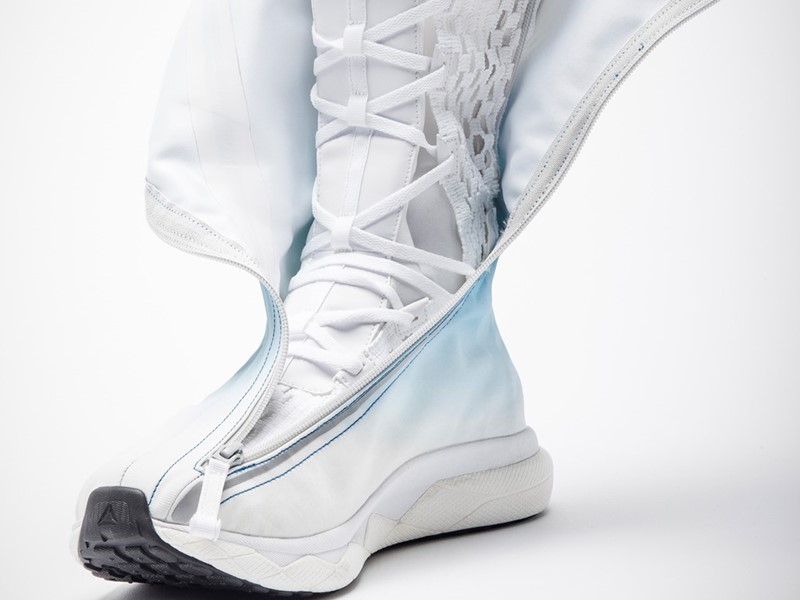 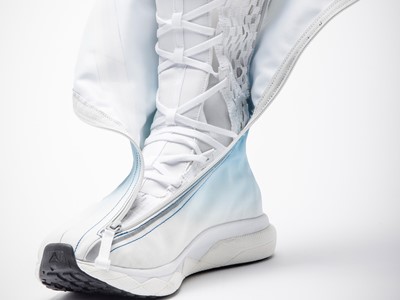 Reebok Introduces the Space Boot SB-01 with Latest
Floatride Foam Technology
Canton, MA – July 18, 2017 Reebok has used its revolutionary Floatride Foam technology to create an extremely lightweight space boot. The Reebok Floatride Space Boot SB-01 is being tested by astronauts now and is the first evolution in space footwear in over 50 years.
In partnership with David Clark Company, Reebok has developed an innovative space boot providing lightweight protection and support while optimizing comfort and performance. The boot has been exclusively designed to accompany the final space suit which will shuttle astronauts to and from the International Space Station in Boeing’s new vessel, the CST-100 Starliner.
“Reebok Floatride Foam introduced three revolutionary elements to the space boot; it decreased the overall weight significantly, it brought the added comfort in a space boot and support that you would expect in a running shoe and it delivered a new level of sleekness and style.”
Floatride Foam technology was first introduced back in April of this year, with the launch of one of Reebok’s most technologically advanced running shoe, Reebok Floatride Run. Floatride Run has received wide praise around the world for performance and comfort, including “2017 Best Debut” honors by Runner’s World Magazine.
The innovation and development journey behind both Floatride Run and Floatride Space Boot, SB-01 has ignited another Reebok Running innovation that has potential to break more barriers in footwear, with the Reebok Floatride 100g racer (100g in men’s size 9).
“Athletes often tell us that with a lightweight performance running shoe, they can potentially increase their speed, but often times also sacrifice cushioning. Traditionally, super lightweight products equate to less cushioning- but not with the Floatride Racer. Floatride Foam technology allows you to maintain optimal cushioning in a super lightweight package,” Montross continued.
The Floatride Racer will feature a feather-lite midsole (weighing under an ounce), single layer engineered mesh upper and weight optimized full coverage outsole. The breakthrough with the Floatride Foam is the ability to provide cushion without compromising performance. Designed specifically with speed and function in mind, the Floatride 100g Racer is currently under-going testing and will officially launch in 2018.
The Reebok Floatride Run is currently available at retailers nationwide and through www.reebok.com.
ENDS
Contact:
Lizzy Manno
M&C Saatchi Sport & Entertainment
Lizzy.Manno@mcsaatchi.com
718-989-6782
About Reebok
Reebok International Ltd., headquartered in Canton, MA, USA, is a leading worldwide designer, marketer and distributor of fitness and lifestyle footwear, apparel and equipment. An American-inspired global brand, Reebok is a pioneer in the sporting goods industry with a rich and storied fitness heritage. Reebok develops products, technologies and programming which enable movement and is committed to accompanying people on their journey to fulfill their potential. Reebok connects with the fitness consumer wherever they are and however they choose to stay fit – whether it’s functional training, running, combat training, walking, dance, yoga or aerobics. Reebok Classics leverages the brand’s fitness heritage and represents the roots of the brand in the sports lifestyle market. A subsidiary of the adidas Group, Reebok operates under the multiple divisions of the Reebok brand, Reebok-CCM Hockey and the Sports Licensed Division.  Reebok is the exclusive outfitter of CrossFit and the CrossFit Games, the official title sponsor of the Reebok Spartan Race; the exclusive authentic global outfitter of UFC; the title sponsor of the Reebok Ragnar Relay series; and exclusive apparel provider for Les Mills.
For more information, visit Reebok at www.reebok.com, or, for the latest news at http://news.reebok.com/. Discover Reebok at the following locations: http://facebook.com/reebok; http://twitter.com/reebok; and http://youtube.com/reebok
Imagery
Please find a link to download a selection of imagery of the Float Space Boot SB-01 and the Reebok Float 100g Racer:
https://www.dropbox.com/sh/txwkqt7ljawbp1l/AAB4M0FT9luJNx4zSXSlWATga?dl=0