Reebok Partners with One of the Most Inspiring Athletes in the UFC: Featherweight Contender Conor McGregor 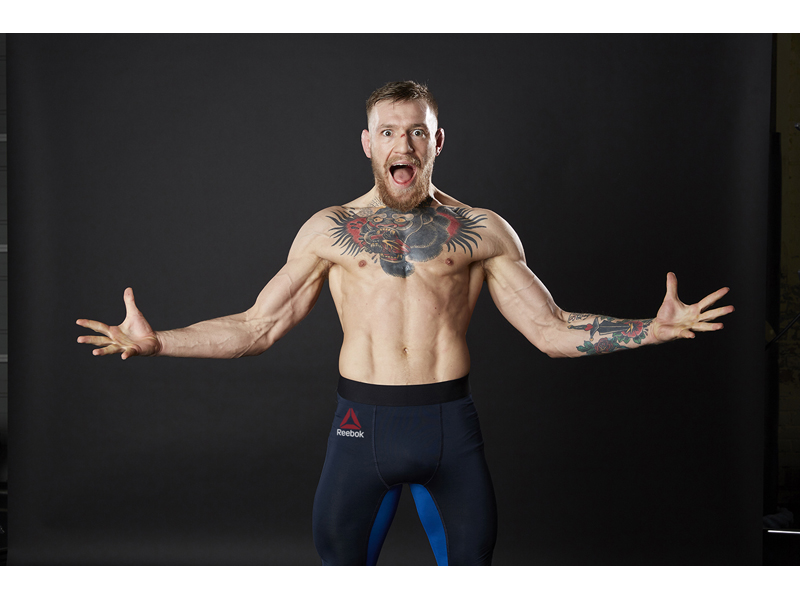 Proving his potential truly is limitless, in two years Conor McGregor went from virtually unknown to one of the most exciting athletes in the sport of MMA.  “Conor’s hard work, determination and confidence have gotten him to where he is today,” said Reebok Brand President Matt O’Toole.  “His commitment to continual self improvement is a true reflection of the Reebok brand.”

According to UFC President Dana White, “Conor is without a doubt one of the most exciting fighters we have ever had in the UFC.”

Born in Dublin, Ireland, McGregor (26) represents Reebok’s first UFC athlete that originates from and trains in Europe.  Officially ranked #5 in the UFC Featherweight division, McGregor is steadily growing in popularity as he rides a 12-fight winning streak and builds on his impressive 16-2 record. McGregor continues his journey to the division title this Sunday at UFC Fight Night in Boston, Massachusetts, where he will wear his first-ever “Reebok Walkout T-Shirt” when he takes on #10-ranked Dennis Siver.

McGregor will play an important role in launching Reebok’s new collection of footwear and apparel specifically created for the 35 million people around the world who train like fighters.  “I believe my potential in the ring is limitless, but it all comes down to the training you put in pre-fight,” said McGregor.  “With a top fitness brand like Reebok behind me, there’s no telling what I can do in the Octagon.”

“In addition to being one of the fastest growing sports in the world, MMA is also one of the most demanding in terms of conditioning and fitness. Reebok believes that by pushing ourselves to the brink and testing our limitations, we have the power to transform ourselves not only physically but also mentally and socially,” said O’Toole.