REEBOK SPLITS FROM THE PACK WITH RELEASE OF SOLE FURY 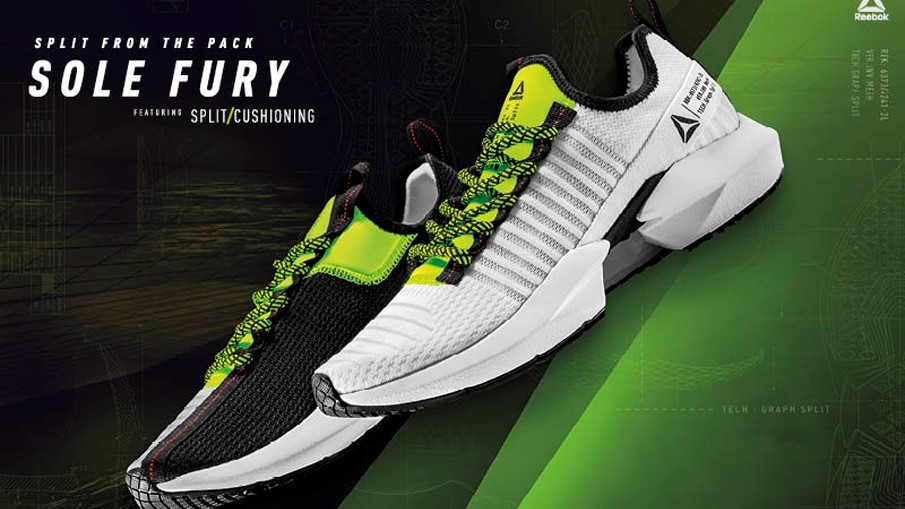 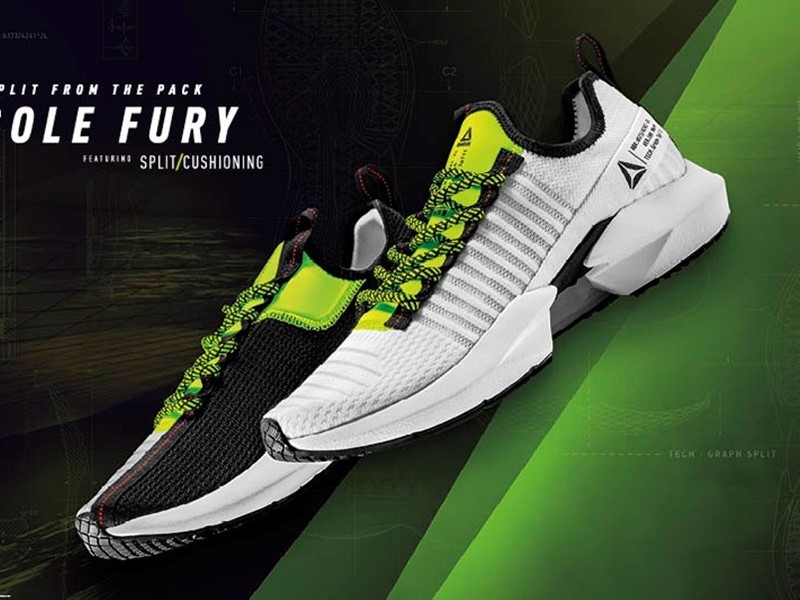 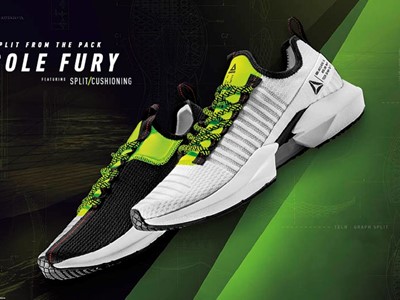 Brand Assembles Partners, Conor McGregor, Nathalie Emmanuel,
Future and Lil Baby, for Bold New Campaign
BOSTON, Mass. – November 8, 2018 – Today marks the release date of the Reebok Sole Fury, a daring new performance-driven silhouette that seamlessly unites a fashion-forward aesthetic with street-level clout.  Bringing to life the defiant design, Reebok has enlisted a coalition of global trailblazers who embody the shoe’s unconventional spirit as part of its launch campaign, #SplitFrom.
The unique design is centered around a modernized revival of “Split Cushioning Technology,” an early 1990’s footwear innovation pioneered by Reebok that radically broke away from conventional practice by entirely removing a section of a sneaker’s midsole. In addition to giving the shoes an ultra-futuristic look, the technology reduced weight and added flexibility, improving performance. The footwear industry was initially slow to accept the new designs, but 25 years later, the ahead-of-its-time Split Cushioning innovation is seen on feet across culture from the gym to the street. Now Reebok, the Original Inventors of the Split, has returned to advance its groundbreaking innovation even further with Sole Fury.
“Sole Fury marks an exciting new chapter in our performance footwear business, based on the premise of fusing modern styling and aesthetic with iconic innovation and design from our archive to drive the next generation of streetwear,” says Todd Krinsky, General Manager of Reebok Performance.  “When we first debuted this style back in the 90’s, people thought we were nuts.  It was a bold risk that not everyone understood or appreciated at the time, but nearly three decades later it’s the cornerstone of one of our biggest sneaker releases of the year and a design premise that is embraced and seen throughout the industry.”
The all new Reebok Sole Fury is equipped with distinct performance and aesthetic features, including:
To celebrate the launch of Sole Fury and honor its boundary-pushing origin story, Reebok created #SplitFrom, a salute to all those who possess the spirit and confidence it takes to defy convention in order to drive culture.  Coinciding with Sole Fury’s release date, Reebok brings together partners Conor McGregor, Nathalie Emmanuel, Future, and Lil Baby, all whom personify the fearless vision it takes to challenge the status quo. Unequivocal trailblazers in their respective fields, each figure reveals how they embody the “Split from the pack” mentality through the lens of the #SplitFrom campaign.
One who’s no stranger to breaking the mold, Conor McGregor says, “I think in order to do anything extra-ordinary in this world, you must be fearless.  That’s not to say never be afraid, because we are all afraid at some stage, but just not be afraid of external things like failure. I’m in a position now where I'm going to do as I feel and carry on as I'm going to. You’ve got to not listen to outsiders and instead listen to yourself because at the end of the day you’re the master of your own universe.”
Reebok released its first iteration of the Sole Fury #SplitFrom campaign earlier this fall with unveiling of an exclusive “Zine”—a limited-run publication—featuring six young creatives  who are pushing boundaries in their respective industries today; filmmaker Tyler Ross, photographer Marcus Hyde, fashion designer Matthew Adams Dolan, creative director and celebrity stylist Jahleel Weaver, NYC-based music collective DISCWOMAN, and professional boxer Jeremiah Maestre.
The Reebok Sole Fury is available starting today at Reebok.com and exclusive retailer Champs Sports for $90 in a range of intro colorways in men’s and women’s sizes.
For more information please visit www.reebok.com and for additional product and #SplitFrom campaign imagery click here.