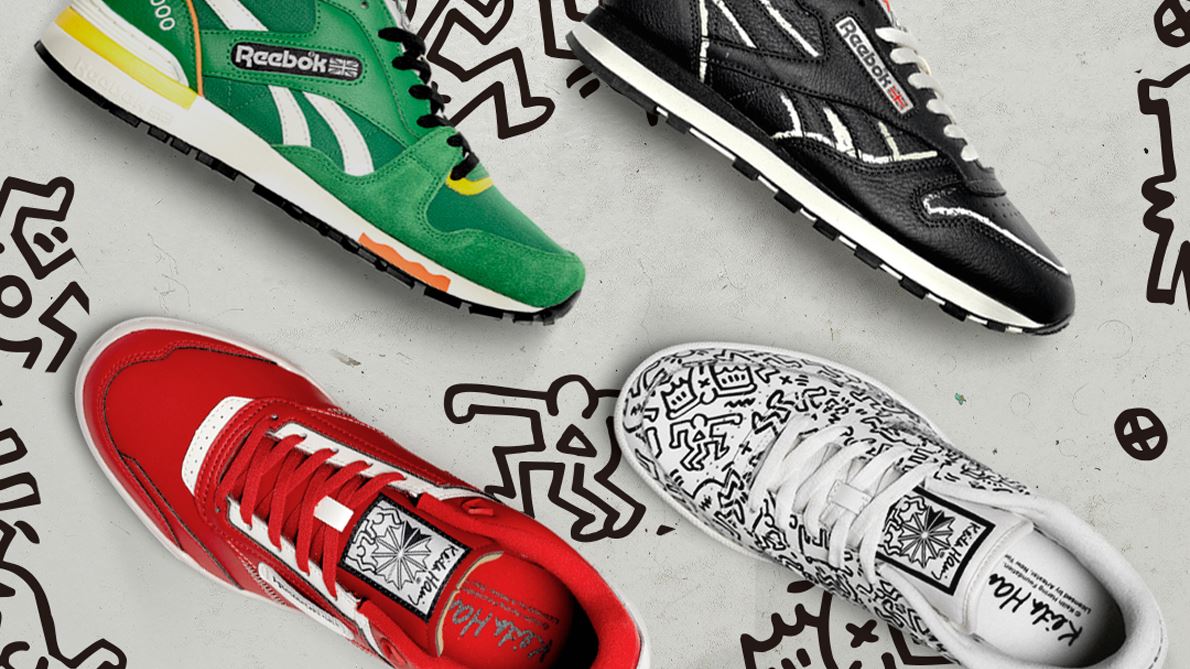 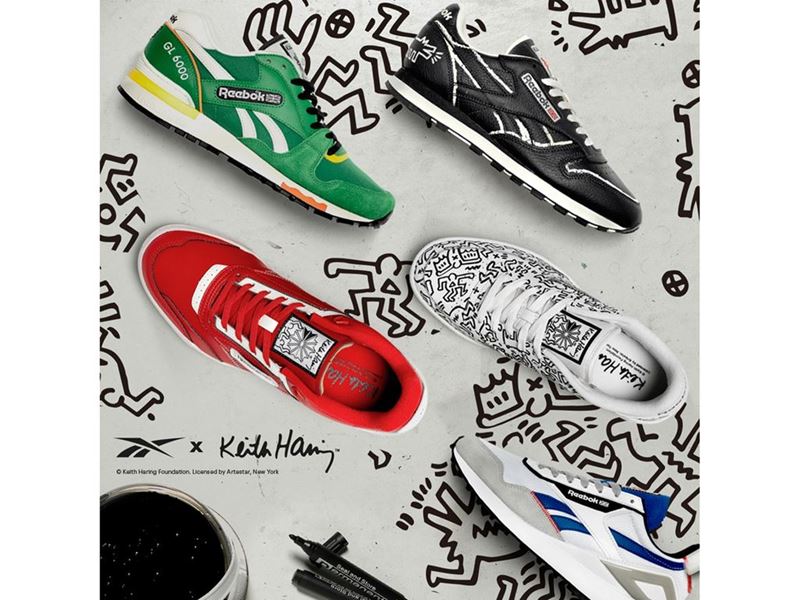 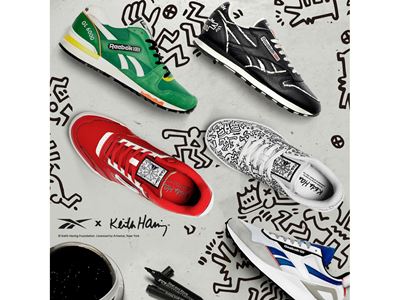 Haring’s work is inextricably intertwined with 1980s street culture in New York—simultaneously the era when Reebok’s DNA was becoming deeply embedded in American culture. Haring consistently operated under a powerful personal statement, “The public has a right to art”—a mindset that has maintained relevancy throughout the evolution of street culture. With this collection, Reebok aspires to make Haring’s art, design, and mission even more accessible for consumers.

Inspired by the same bright energy found at a museum pop-up, Reebok’s Keith Haring Collection strikes the balance of being bold and colorful yet also clean and wearable. Each shoe directly references a unique work by Haring—from his subway blackboard chalk drawings to his infamous dancing figures—to further spread Haring’s message of peace and love.

Keith Haring was an iconic American artist famous for his pop and graffiti-inspired art. He was at the forefront of a movement to use fashion and product to connect his work to a wide, diverse global audience. For nearly 40 years, his instantly recognizable images have been used to spread his message of peace and love. His work can be seen in galleries, museums, books, magazines, documentaries, and brand collaborations worldwide.