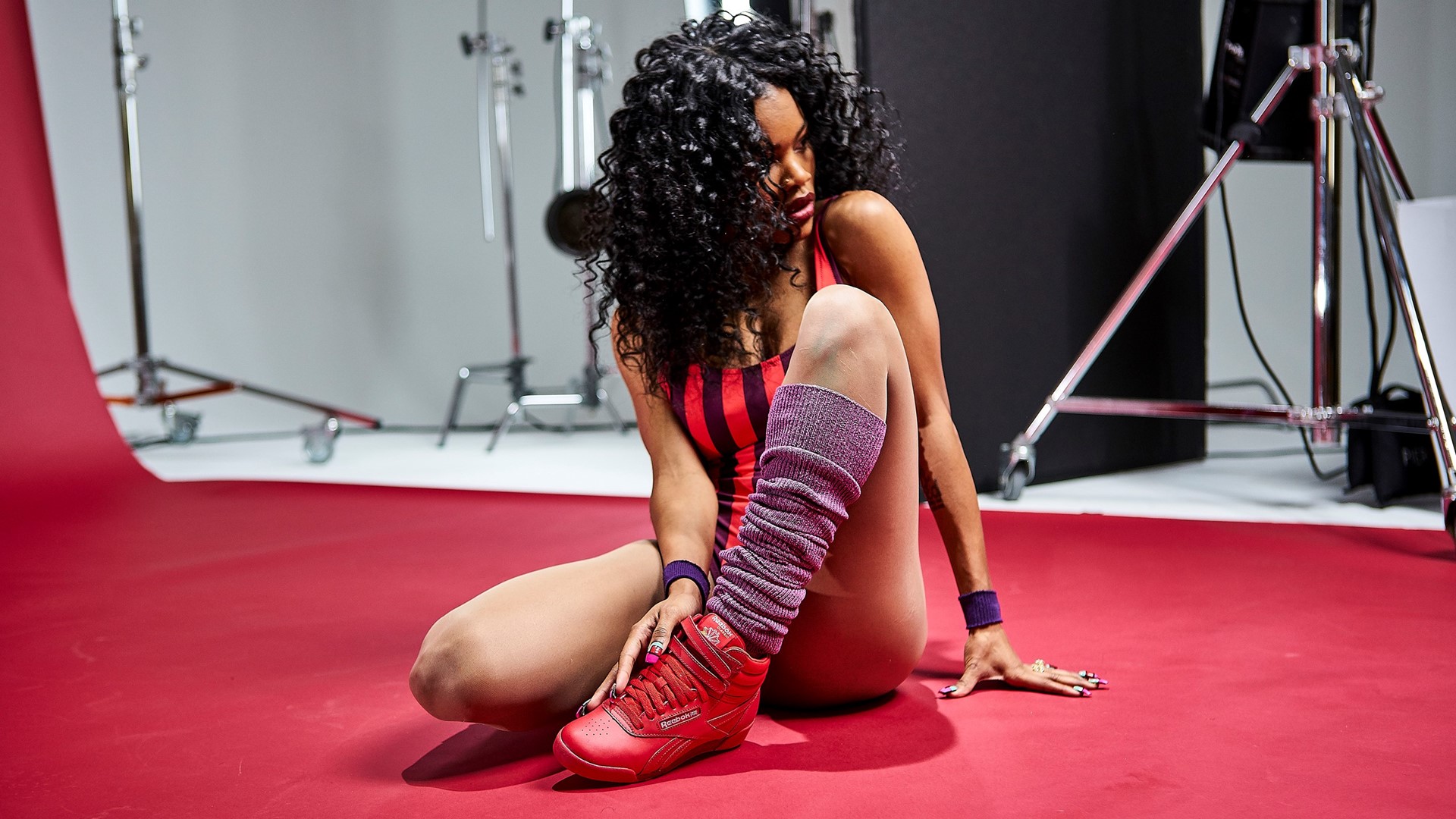 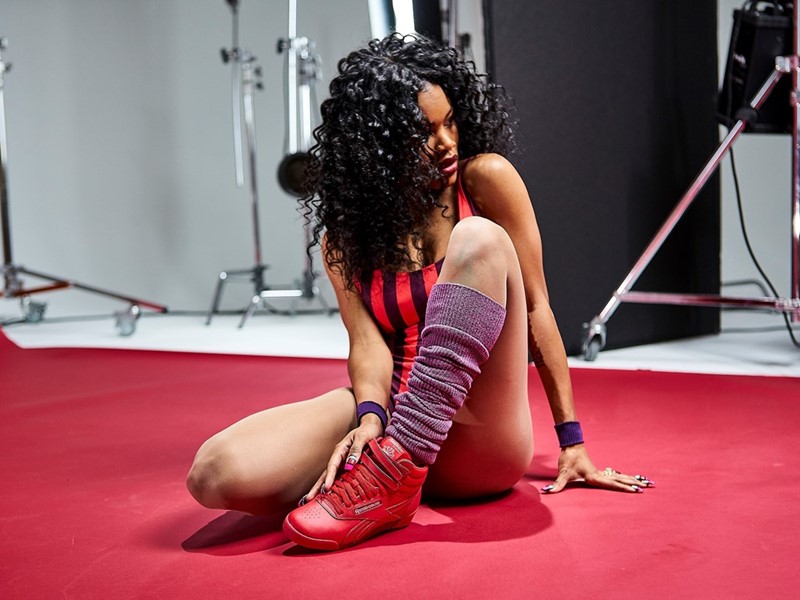 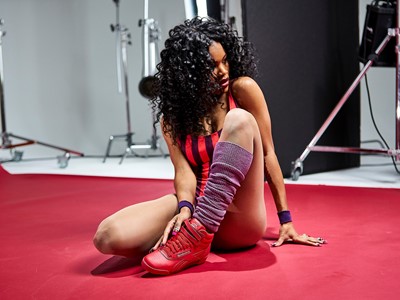 Taylor Officially Announces Long-Term Partnership With Launch of Freestyle Campaign
Canton, MA – January 25, 2017 - Today, Reebok proudly announces the newest member of the Reebok family with the appointment of R&B artist, dancer, actress and famed sneakerhead Teyana Taylor, as an official brand ambassador. Taylor will join Reebok’s like-minded collective of innovative and inspirational creators, including the likes of Future, Gigi Hadid, and Top Dawg Entertainment Recording Artist Kendrick Lamar.
Taylor will spearhead the re-release of the Reebok Classic Freestyle Hi, the first fitness sneaker that was specifically designed for women.  First introduced in 1982, the Freestyle Hi was a groundbreaking silhouette that embodied then exactly what Taylor represents today: fearlessness and bold expression.  Taylor is known for her provocative moves, her unapologetic style, and her freedom of language in music, fashion and dance – all characteristics that also describe the Reebok Classic and the Freestyle Hi in particular.
Taylor officially launched the partnership today via her social channels through new campaign images and video​ that she shared with fans worldwide. With her trademark ferocity and her personal message to everyone to “Free Your Style,” Taylor is pictured wearing the Freestyle Hi, which will include three OG colorways — the Triple Red, Triple White, and Triple Black – launching this month.
“Teyana Taylor is the perfect collaborator to join the Reebok family,” said Todd Krinsky, Global Vice President of Reebok Classic and Entertainment. “She is a risk-taker who brings her own perspective to every project and she stands uniquely at the intersection of fashion, music and fitness, which are the core tenets of Reebok Classic. This partnership continues to solidify Reebok’s commitment to women who express themselves through confidence in style.”
Commenting on the partnership, Taylor said, “Reebok has always been a brand that’s been very special to my heart ever since I was young. Freestyles were all I wanted to wear growing up so it feels like everything’s come full circle with this partnership. The 5411’s really opened the door for creativity in womens fashion, it gave permission for sneakers to be feminine. I’m honored to be the face of the Freestyle campaign for everything it stood for yesterday and what it still represents today.
Taylor and Reebok have notably worked together in the past, collaborating on her own brazen red colorway of the Question Mid as part of the 20th Anniversary of the iconic Allen Iverson sneaker in 2016, called the “Question Mid Teyana T.”
Taylor will initially support the re-release of the Freestyle Hi in 2017 with its three OG colorways - the Triple Red, Triple White, and Triple Black - currently available at www.reebok.com and select retailers nationwide, with additional colorways to come throughout 2017.
For further campaign photos, please visit this link