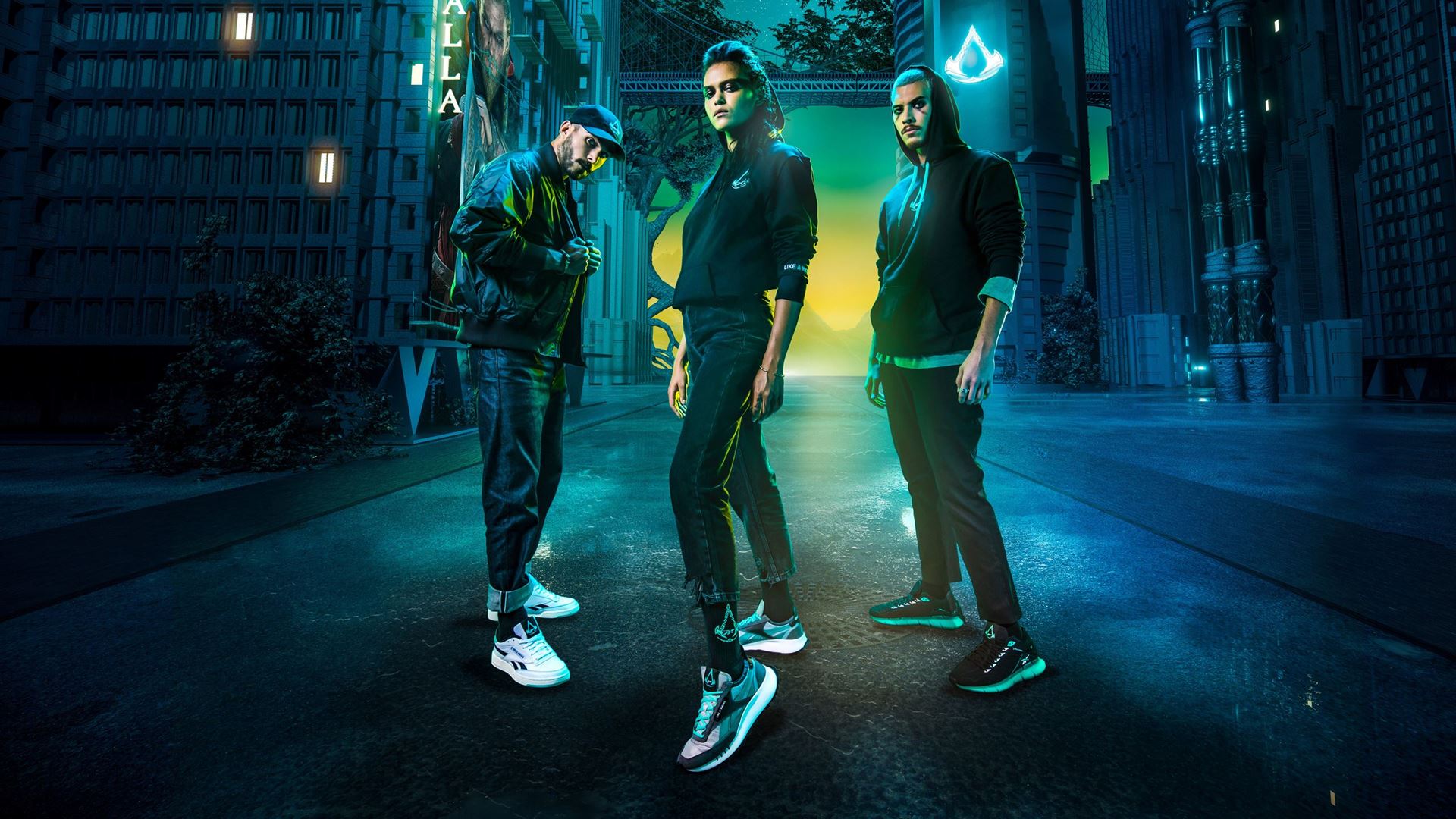 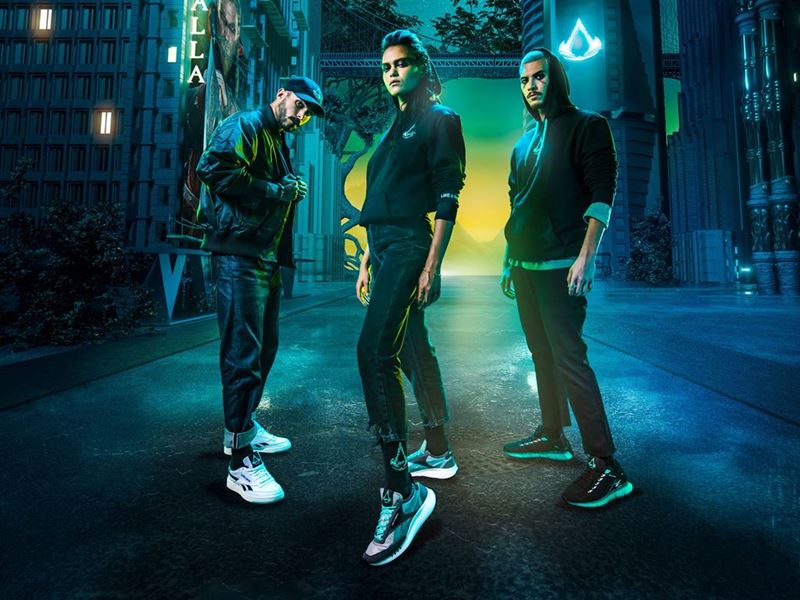 Boston, Mass. – October 22, 2020 – Today, Ubisoft and Reebok announced their partnership, set to bring the story of the highly anticipated Assassin’s Creed® Valhalla, the next installment in the Assassin’s Creed franchise, to the streets so fans can show off their Viking attitude and engage with the story. The partnership centers around a capsule collection including sneakers, apparel and accessories inspired by the Viking fantasy.

Assassin’s Creed Valhalla follows the epic saga of Eivor, a fierce Viking raider raised on tales of battle and glory. Offering a captivating Viking experience, the game brings players to a beautiful and mysterious open world set against the brutal backdrop of England’s Dark Ages. Players can take advantage of new features including raids, growing their settlements, and building their power in a quest to earn a place among the gods in Valhalla.

The bespoke collection is headlined by three footwear styles in exclusive colorways inspired by the northern lights:

The collection also includes two hoodies, a cap and matching socks. Each piece features the custom ASSASSIN'S CREED VALHALLA X REEBOK logo, as well as additional symbols such as ravens and axes, true to the Norse mythology.

The collection will not be available in the United States, however it will be available exclusively on Reebok sites in select countries starting November 7, and from November 11 at retail stores. For more information, please visit https://www.reebok.com/assassinscreed_valhalla or @ReebokEurope on social.

PlayStation®4, the Epic Games Store and Ubisoft Store on Windows PC, as well as on UPLAY+, Ubisoft’s subscription service, and Stadia. Assassin’s Creed Valhalla will launch on PlayStation®5 alongside the console from November 12, 2020.

Since it first launched in 2007, the Assassin’s Creed series has sold more than 140 million games worldwide. The franchise is now established as one of the best-selling series in video game history. Recognized for having some of the richest, most engrossing storytelling in the industry, Assassin’s Creed transcends video games, branching out into numerous other entertainment media.

Ubisoft is a leading creator, publisher and distributor of interactive entertainment and services, with a rich portfolio of world-renowned brands, including Assassin’s Creed, Far Cry, For Honor, Just Dance, Watch Dogs, Tom Clancy’s video game series including Ghost Recon, Rainbow Six and The Division. The teams throughout Ubisoft’s worldwide network of studios and business offices are committed to delivering original and memorable gaming experiences across all popular platforms, including consoles, mobile phones, tablets and PCs. For the 2019–20 fiscal year, Ubisoft generated net bookings of €1,534 million. To learn more, please visit: www.ubisoftgroup.com.

© 2020 Ubisoft Entertainment. All Rights Reserved. Assassin’s Creed, Ubisoft and the Ubisoft logo are registered trademarks in the US and/or other countries. Stadia, the Stadia beacon, and related marks and logos are trademarks of Google LLC.