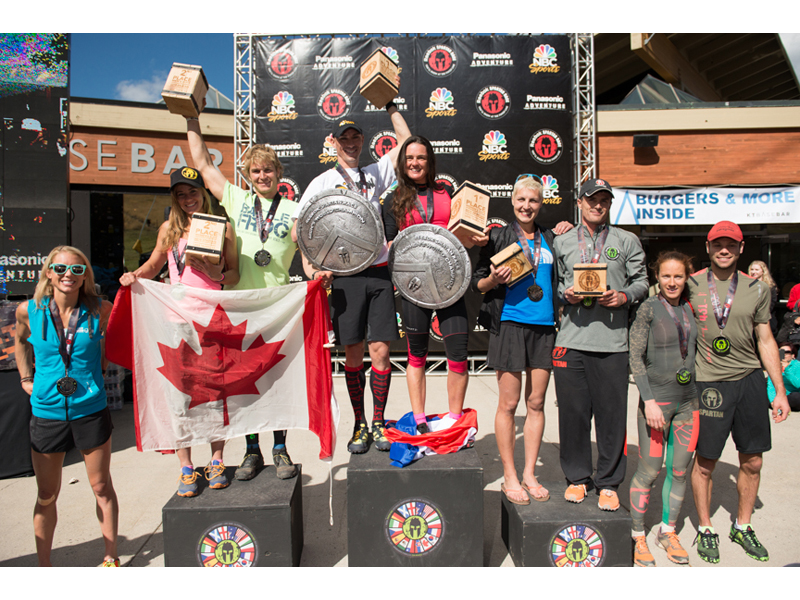 Olympic Valley, CA – October 3, 2015 – After enduring a grueling, first-of-its-kind course at the iconic Squaw Valley ski resort in Lake Tahoe, Zuzana Kocumova and Robert Killian have been named the 2015 Reebok Spartan Race World Champions. Kocumova and Killian successfully completed some of the toughest obstacles on a never before completed course to take the crown in Spartan’s ultimate test of endurance and strength.

As the title sponsor and exclusive gear partner of Spartan Race, Reebok provided athletes with innovative apparel and footwear, helping them to succeed in tackling the obstacles and challenging terrain. The only company designing gear specifically for Spartan Race, Reebok’s All-Terrain Series Super 2.0 shoe helped racers conquer obstacles like the rope climb, rolling mud, traverse wall and more with its 360-Degree traction and H2O Drain on the sole.

General Manager of Running at Reebok, Scott Daley said, “The 2015 Reebok Spartan Race World Championship showcased athletes challenging themselves on one of the toughest courses of the year, embracing the spirit of both Spartan and Reebok. We look forward to what 2016 will bring as we continue to work with Spartan and the OCR community to develop revolutionary products for Spartans worldwide.”

Reebok has been the title sponsor of Spartan Race since 2013 and continues to invest in the sport, while enabling runners to push themselves out of their comfort zones. The Reebok All-Terrain Series is the official shoe of Spartan Race, designed specifically for the demands of obstacle racing. The unique H20 Drain helps ensure quick drainage in the upper and midsole with 360-degree traction for control and confidence. The Reebok All-Terrain Super 2.0 is now available through Reebok online http://shop.reebok.com​. For more information about Reebok Spartan Race visit http://www.Reebok.com/Spartan​.