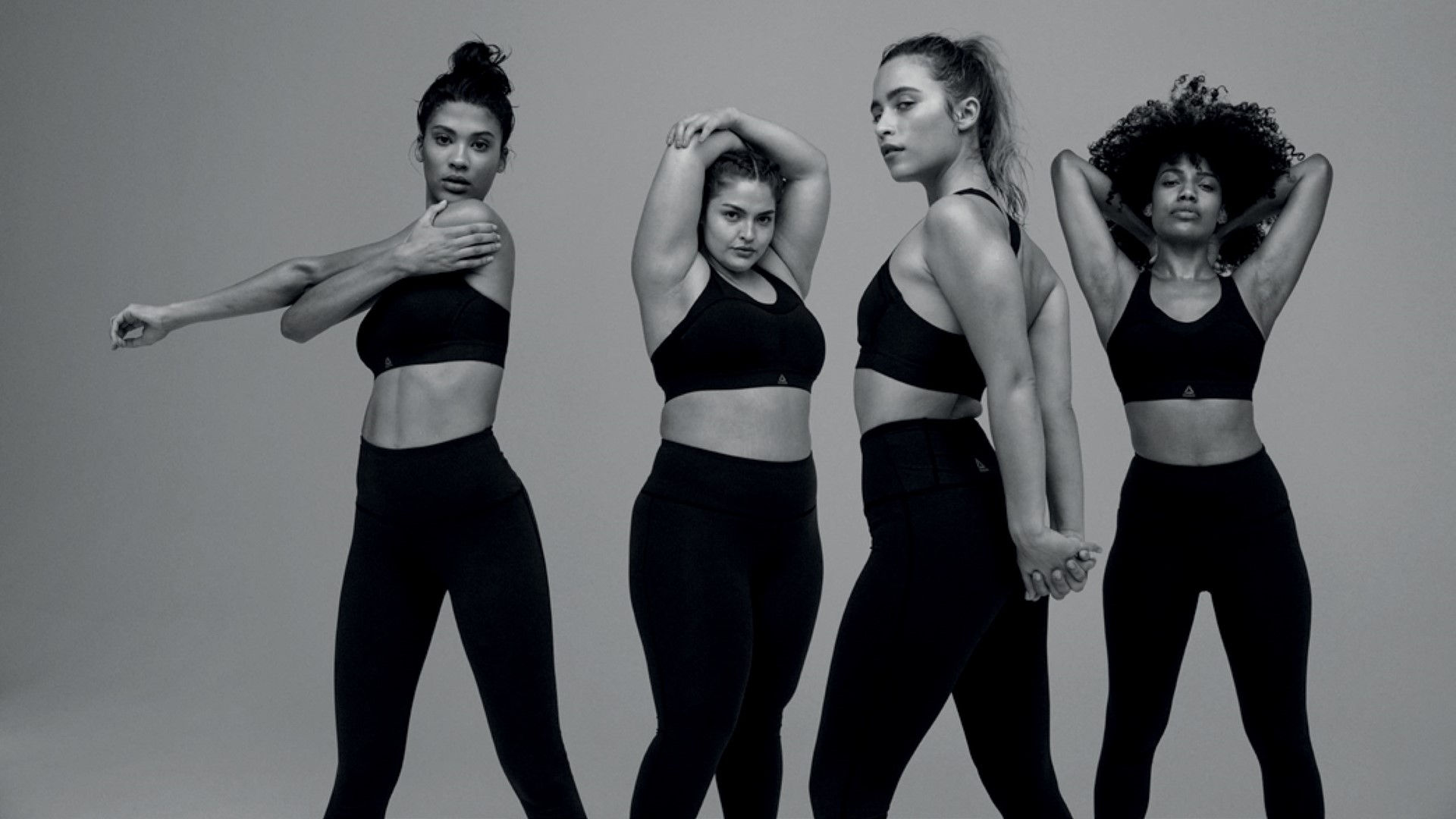 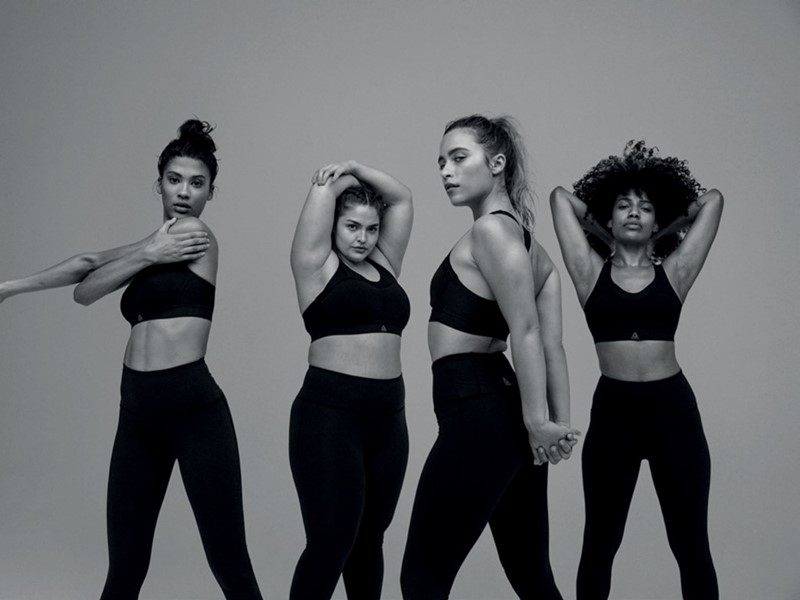 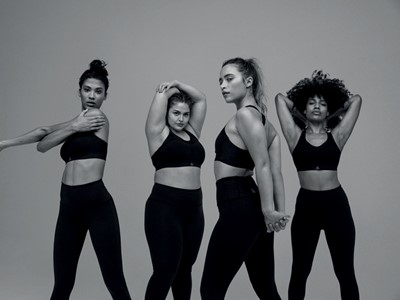 Reebok’s PureMove Bra Debuts Brand’s Proprietary Motion Sense Technology,
Providing Customized Support and Control
BOSTON, Mass. – August 6, 2018 – Reebok made waves in the sports bra industry today with the unveiling of the Reebok PureMove Bra: a first of its kind, technologically advanced sports bra that uniquely responds and adapts to movement to provide women with a customized amount of control and support, exactly where and when they need it.
For too long, consumer insights have identified frustrated female consumers who feel unsatisfied with their sports bra options, raising flags with alarming stats including one in five women are still avoiding exercise because they don’t have the right sports bra. Determined to change the status quo, Reebok embarked on a journey three years ago with one clear mission: change industry standards for the sports bra and reset the bar.  Now, just over forty years after the first sports bra came to market, Reebok is proud to debut a first of its kind product featuring the brand’s new proprietary Motion Sense Technology.
Reebok’s Motion Sense Technology is the result of treating a performance-based fabric with STF (Sheer Thickening Fluid) – a gel-like solution that takes a liquid form when in a still or slow-moving state and contrastingly stiffens and solidifies when moving at higher velocities.  This fabric technology adapts and responds accordingly to the body’s shape, velocity of breast tissue, and both type and force of movement.  The end result gives wearers a bra that stretches less with high impact movements, while providing the comfort and light support that one would desire during rest and lower intensity activities. To learn more on PureMove’s development click here.
“We could not be prouder to come to market with a product that breaks down barriers in a category that has dissatisfied consumers for far too long, lacking any true technological advancements. Innovation has always been in Reebok’s DNA and placing an emphasis on transforming and improving one of the most important fitness garments for women is no exception,” says Barbara Ebersberger, VP Performance Apparel at Reebok. “The release of PureMove marks the first step of a very exciting new era for us.”
Integral in PureMove’s three-year development process, was Reebok’s work in the lab, testing breast movement and product varations with the University of Delaware.  Here, the two joined forces and upped the ante on industry standards for breast biomechanics that would inform both PureMove’s final design and Reebok’s full sports bra collections for FW18 and beyond.  Until now, industry standards for breast biomechanic testing typically included an average of only two to four motion sensors on the chest area to track bounce and support, but Reebok and the University of Delaware utilized 54 unique motion sensors on this area during its rigorous testing process and used this data to ensure every detail was covered and accounted for in PureMove’s development.
The end result is a second-skin like design that creates a barely-there feel.  Key performance features of the PureMove Bra in addition to the reactive fabric technology include:
“Many would assume that the more support a sports bra gives would equate to the more fabric, straps or hooks it’s comprised of.  However, by utilizing our Motion Sense Technology, PureMove’s design is quite deliberately the opposite,” says Danielle Witek, Senior Innovation Apparel Designer at Reebok. “The minimalist design of the bra may seem deceiving when you first hold it, but you should not confuse this for lack of support or technology. Every single detail is intentional and directly informed by years of our testing and research.”
At launch, the PureMove Bra will be available in an extended range of 10 unique sizes, aimed to specifically address consumer feedback around the industry’s lack of solutions for those who find themselves in between standard sports bra sizing,  The PureMove Bra debut size range includes: XS, XS/S, S, S/M, M, M/L, L, L/XL, XL, XL/XXL, designed to help ensure a more tailored fit for wearers.
To celebrate one of Reebok’s most anticipated product launches in 2018, the PureMove Bra is brought to life through powerful campaign imagery featuring a team of Reebok’s most formidable female partners including Gal Gadot, Gigi Hadid and Nathalie Emmanuel.
The Reebok PureMove Bra will be available exclusively on Reebok.com starting August 17th for $60. Followed by worldwide-distribution in key retailers starting August 30th.  Additional sports bras from Reebok’s FW18 Hero Bra collection are available today at Reebok.com/HeroBraCollection.
For more information please visit www.reebok.com and www.reebok.com/us/innovation_collective  and for additional imagery click here.